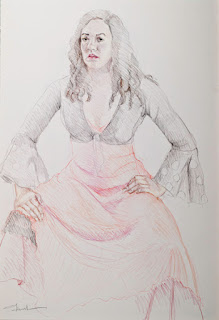 
My purpose outside my studio has become to help artists see the lie in that and find their courage. They can start immediately. They can develop relationships with local governments and communities to which they have direct access and become involved in creating their own opportunities as involved citizens who stand firmly behind the arts. It is their right.
Posted by Claudine Ascher at 16:59