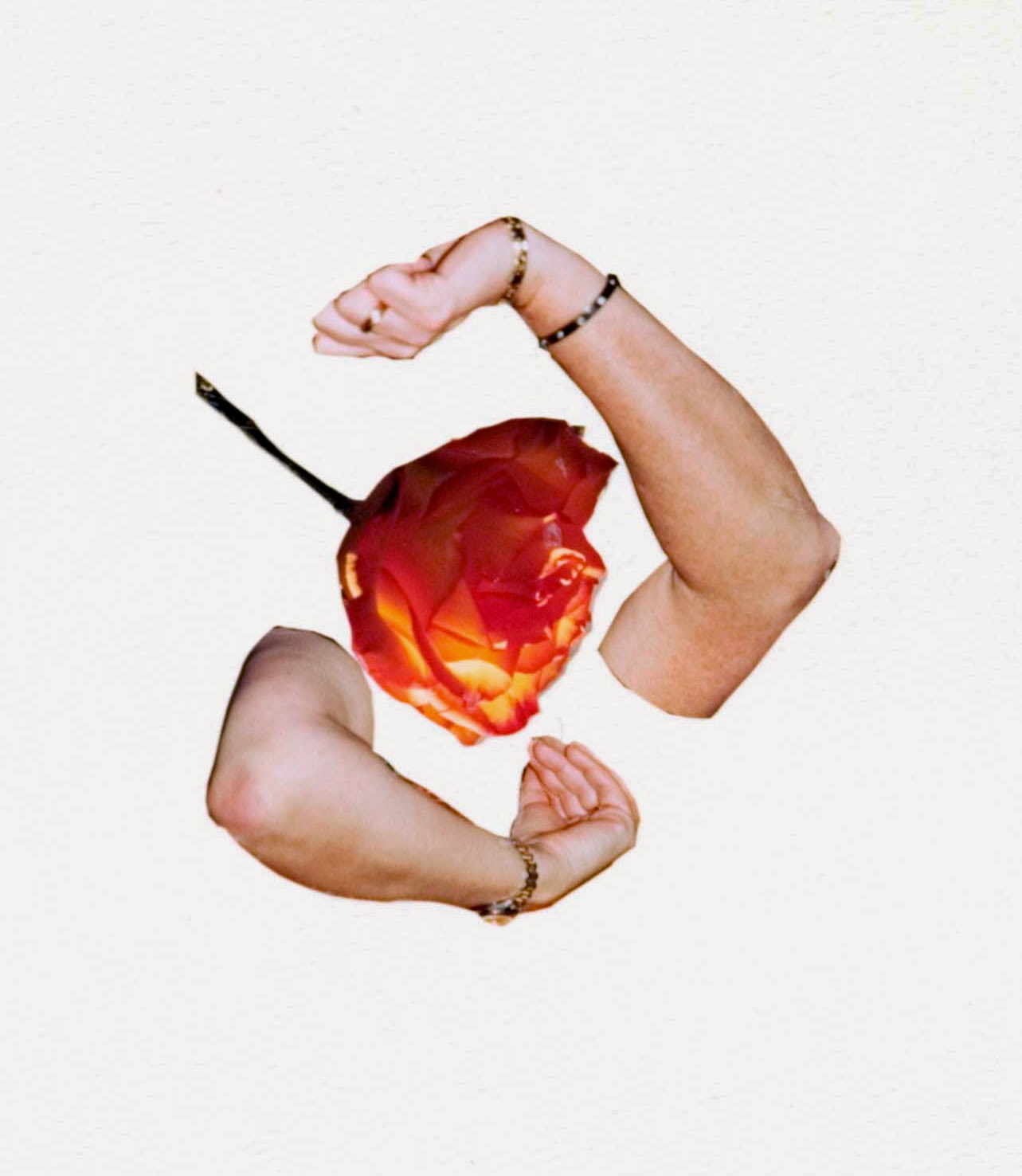 Posted by Claudine Ascher at 15:21 No comments: 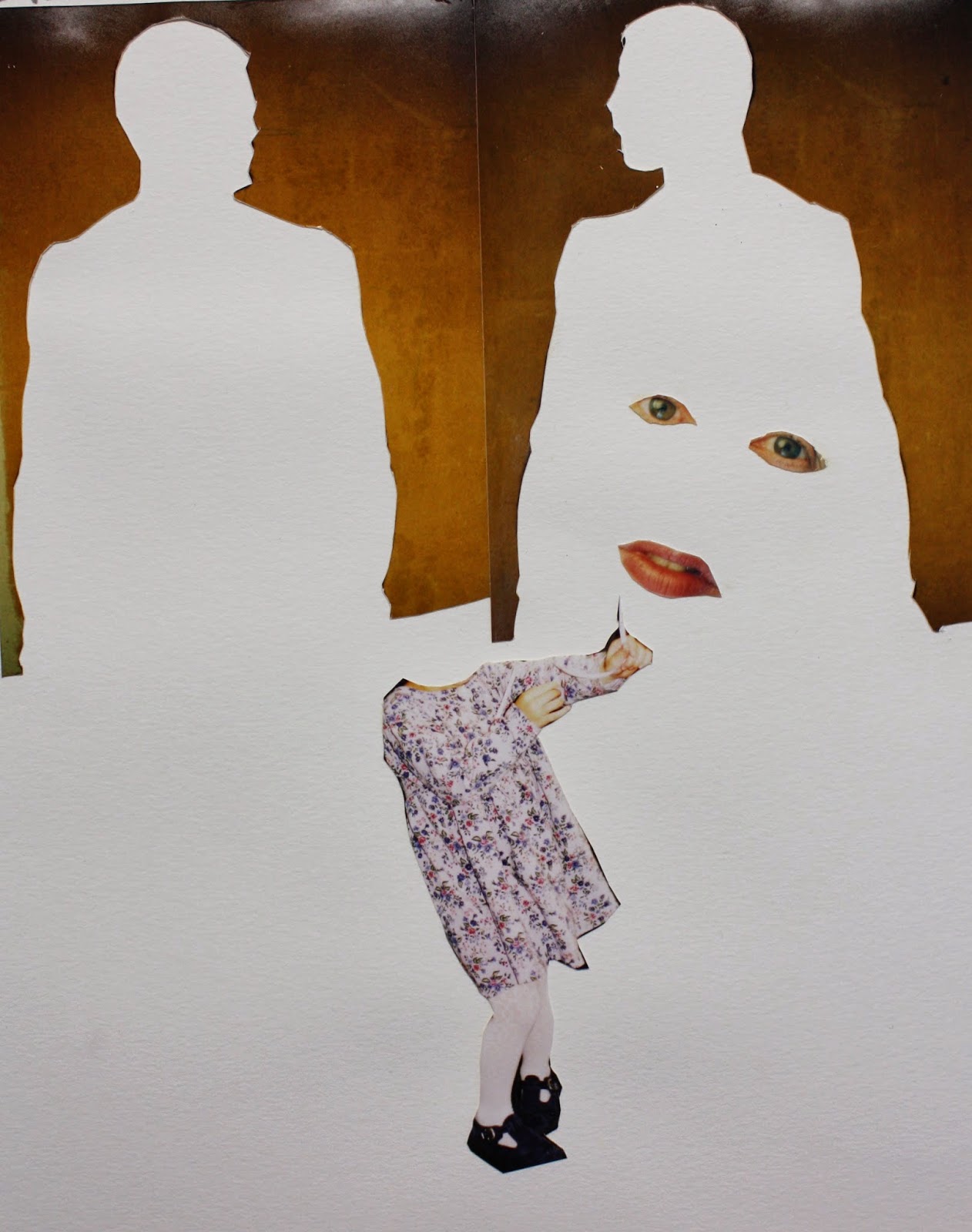 
Many people seem to feel put down because they think they can’t afford to buy art; others seem to resent paying a decent price for art objects because artists love what they do; even others won’t buy art but are willing to re-mortgage the house to buy more electronics or fancier cars. And others yet seem conditioned to think that if they do buy art, they should do so only if it matches their décor while replacing the stock market as ‘investment’.
To these people, let me make some things clear: There is a lot of excellent art out there by highly educated, qualified, experienced and well-known artists in a huge range of prices. Other professionals love what they do too. Art lasts longer and retains more value than electronics or even most cars. We are attracted to things that have or generate emotion and meaning for us, that confirm who we are or that carry us beyond ourselves, and by our very interest in them, by our very attraction to them, THEY WILL INTEGRATE NATURALLY INTO OUR ENVIRONMENT if we bring them home.
There are so many misrepresentations about art besides these!
Art images are everywhere, in some places more egalitarian and accessible than even books and libraries, than even public swimming pools and hockey rinks. There are as many unemployed MBAs and as many nameless scientists or engineers as unemployed or unknown artists out there, there are as many athletes without agents as artists without galleries. It is entirely possible for an artist to live a decent life, one no less poor or decadent than most people’s.
Yet, ‘the average person’ seems to think of artists as somehow singularly unemployable and governments that they are therefore undeserving of attention. The ‘average person’ also seems to cherish the ridiculous ideas that artists are
1)     perforce recyclers or beautifiers of society’s discarded objects and garbage,
2)     decorators with no regard for the colour of people’s home decors;
3)     the ever-ready donors of their works for the benefit of charities and the improvement of society;
4)     those who will entertain children until these can be gainfully employed;
5)     if they are women, only artists after they are everything else first, and if they are men, arrogant, self-focused bastards and
6)     those who will teach all they know to others so that everyone else can pretend they are artists too;
While it clings to these self-serving beliefs, society, glutton for images though it is, will perpetuate the misconceptions that
a)      f you were a good artist you’d be rich and famous;
b)     you can’t make a living as an artist;
c)     if Picasso or Rothko can make millions, why shouldn’t any other person who picks up a brush?;
d)     and anyway, thanks to computers and the internet, not everyone needs to make art  to be an artist, all one needs is the copy and paste skill;
e)     art is vastly overpriced, inaccessible or undecipherable;
f)     artists are egomaniacs who use intellectual subterfuge to confound;
g)     artists are superior humans even as students or amateurs;
h)     artists love what they do so they don’t need to be paid for it;
i)     art appreciates over time and therefore is good investment, especially since the artist doesn’t get a cut of the increased value and even better after the artist dies and
j)     everyone is creative and artistic therefore everyone IS an artist, especially as a child and/or after retirement.
If she could, I’m sure my maternal grandmother would call down to me from wherever she is to say, “Patientia” (Spanish for ‘patience’) in her soft, all-accepting voice. I’m trying to follow her advice. I sometimes wish I had her personality. But I don’t, and really, I have to exercise extreme self-discipline not to blow up when I hear such inane generalizations, especially since they inspire parents, educators, politicians and educational policy makers. They certainly seem to motivate our governments.
Ai caramba!


Posted by Claudine Ascher at 08:43 No comments: 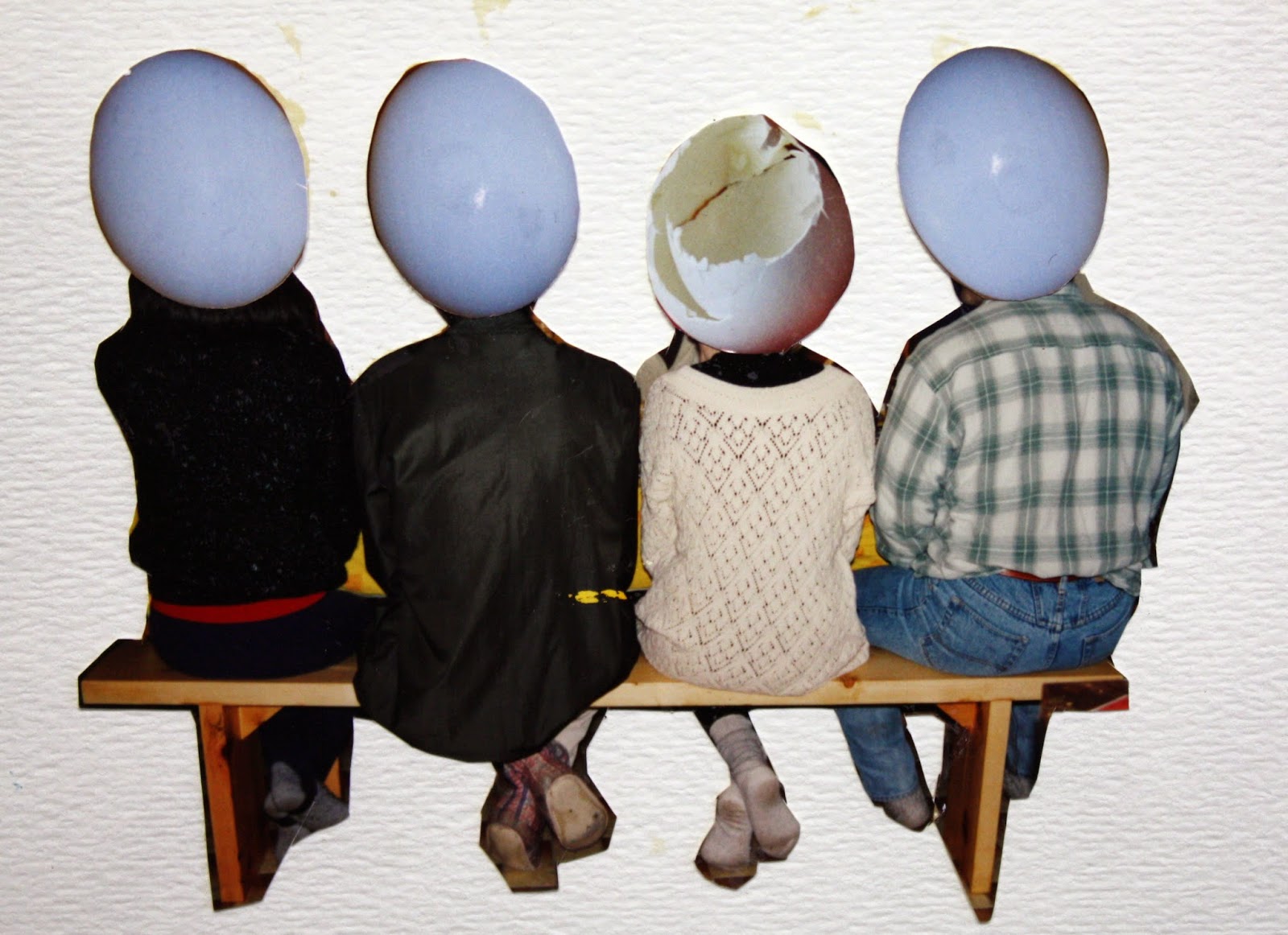 Posted by Claudine Ascher at 13:32 No comments: 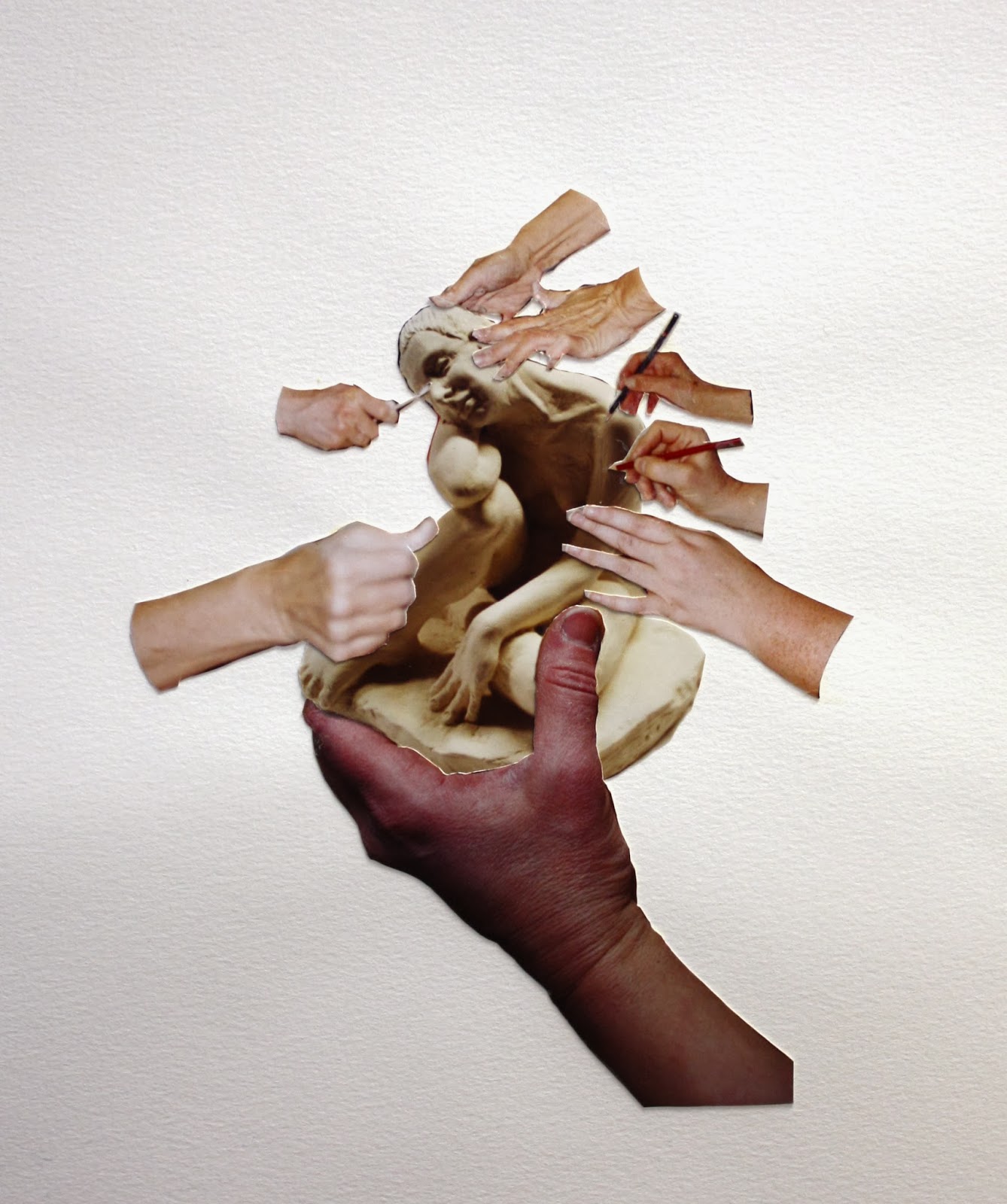 I got asked for the umpteenth time, “How long did it take you?”
And I answered as I always do, “All my life.”
That’s how long it took me to make each and every work I ever created, and that’s how long it will take me to make every work until the very last one I can make: All my life.
“What does that mean?” was the next question.
So I listed the answers:
-            Each work an artist makes is not a stand-alone object but the product of a process and an engagement that involves body, mind and spirit
-                 Art objects exist completely connected to who the artists are and where life has taken them; their choices are specific to their core personalities, their aesthetic and their philosophies of life.
-                 What you see in works of art is what the artists consider important and meaningful in life, expressed in media.
-                 Artists do not live in vacuums, they are products of their environments, their cultures, their eras, their socio-economic backgrounds, their politics, their conditioning and education, even their loves and failures; the choices they make as they render imagery is the sum total of all these factors.
-                 It takes years for artists to understand the medium, to control the tools, to establish a style, to recognize symbols and interpret impressions as imagery.
-                 Self-awareness and maturity are essential to a sustained practice led by intent, whether this intent is expressed visually or ‘academically’, that is, through accompanying written artists’ statements.
“My goodness! I thought artists just expressed,” was the response.
“Sure, but what? Don’t fool yourself, even children from the very first are deliberate in their expression, it’s adults who don’t get about what. To express, one has to express SOMETHING. It may seem that it begins as mindless instinct or pure gesture (like monkey or elephant art) but as artists experience and mature, their work can’t avoid becoming more intentional.”
“But it doesn’t always look like anything,” was the next comment.
“Only if you don’t think as you look, if you just want to ‘feel’,” I said. “Then you can miss the point entirely.”
So I was asked, “But how do you manage it? It takes all your life? How is that possible?”
“Because life takes all your life.” I said. “There are no shortcuts, in time there is just more and more of what inspired the imagery in the first place, clearer, more focused, more aware.”
“But how do you stick to it?” was the next question.
“Despite everything else is how. Oh, there are huge challenges! Many people drop out within a couple of years of trying because they are too accessible, too social, too unrealistic, maybe too lazy even. Artists have to accept that there’s nothing easy about it and get on with it.”
“There has to be a pay-off!” I was told.
“It’s not usually a dollar and cent one,” said I.
“Really?”
I took pity. “There is a secret to it.  I wish someone had revealed it to me when I was going at it: as you develop your practice, learn as much of everything as you can possibly learn but never admit to being able to do anything else but make art! The conversation should go like this:
“Can you compute?” they ask.
You reply: “Nope,”
“Can you teach?” they ask.
“No, sorry,” you answer.
“Can you administer, manage or direct?” they persist.
“Heavens, no!” you reply.
“Can you manufacture, haul, drive, pilot, nurse, follow orders, count, cook, … “ they insist.
Looking appropriately contrite, you reply, “Alas, no.”
“What CAN you do?” they want to know.
You smile innocently: “Just make art,” you reply.
I added. “The problem with most artists, especially women, is that they need to prove to everyone that they can do everything. As a result, they get stuck having to do it. Is that dumb or what? Wanna be an artist? BE and artist.”
Posted by Claudine Ascher at 06:49 No comments: 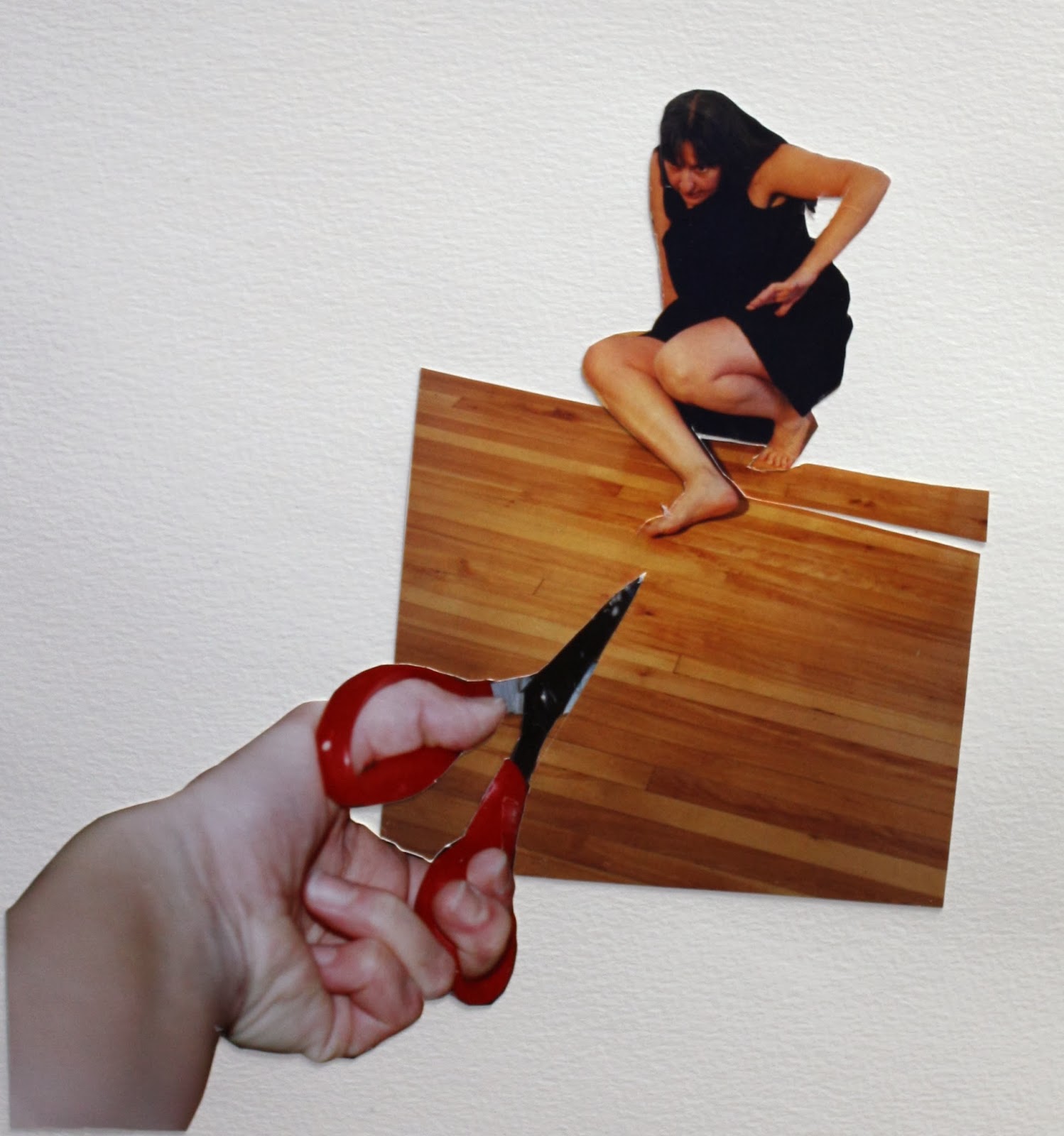 The Critic
photo collage on paper

Posted by Claudine Ascher at 11:06 No comments: